Zabarwan Range is the sub-range of the Zanskar mountain ranges. It is a 32 kilometer long range and forms as the central part of the Kashmir valley. While it has a length of 32 kilometers it also has a width of 13 kilometers. Mahadev Peak marks its highest point with an elevation of  3,966 meters. Mahadev Peak can be seen fro almost all parts of the town and is located in Srinagar. 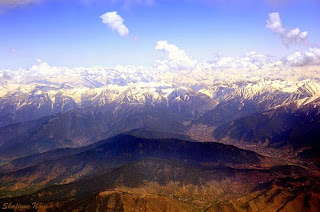 Parts of Srinagar, Pulwama and Ganderbal district are included in the Zabarwan Range.
When considering all facts the Zabarwan Range lies between Sind Valley, Lidder Valley,the Zanskar Range and the Jehlum Valley.

The range is so significant as it faces the mighty Dal lake and also holds the Mughal Gardens of Srinagar. The northern point of the Range is at Ganderbal, while the souther end point lies in Pampore. Srinagar can be named as a settlement in this mountain range.
Rich wildlife in the Zabarwan Range makes the ranges magical and more attractive. The Dachigam National Park which covers an area of 140 kilometer square is a major attraction here, which is notable as it has the highest black bear population in Asia. This is one of the most spectacular ranges in the Zanskar mountain ranges.
The climatic conditions in this region is pleasing. The range does not get much rain, the water is mainly obtained from the melting of snow which is fed into many rivers. Snow can be seen till the month of June in many parts of the Valley. 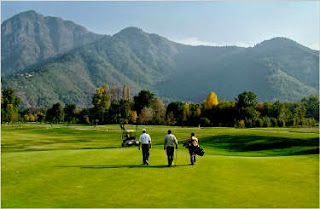 As it is the backdrop of all the attractions in Srinagar it is well known and eye pleasing. The major attractions which it provides background and shares space are :