About 22 kilometers from Srinagar town lying on the Zabarwan Range of the Zanskar mountain ranges is the proud national park of Jammu & Kashmir, the Dachigam National Park. Dachigam 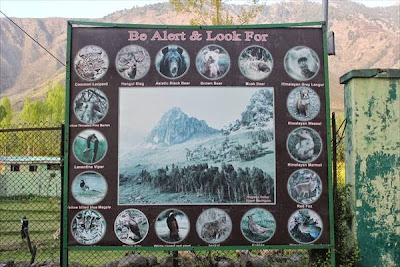 National Park means 'Ten Villages' which might have been came up from the Ten Villages which have been shifted for the establishment of the national park. The area was converted into a National Park in the year 1981 but, long before that from the year 1910 the area had been a protected area created to provide clean water for the town. When it was started it was controlled by the Maharaja of Jammu & Kashmir and later it was taken into the control of the government. It is one of the biggest National Parks in Jammu & Kashmir. Located in the mountain ranges it has a varying altitude of 5500 meters to 14000 meters and definitely is above tree lines. It displays the beauty with small rolling hills to bare mountains without vegetation. The perfect blend of grassy slopes and the harsh mountain cliffs balances the nature and provides a beauty to the national park. The park has an amazing area of about more than 140 square kilometers. 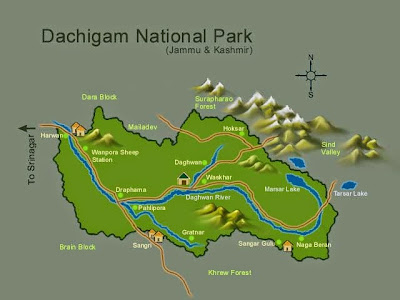 Below the mountains there are large and thick tree lines, between these there are waterfalls, green pastures and meadows which are very beautiful. The meadows and pastures and always covered with beautiful flowers except heavy winters. Deep inside the park there is Marsar Lake which is the supplier of Dagwan river which both of the water bodies are very rich in Tourt.
The national park is considered to be as two sections, the upper Dachigam and the lower Dachigam. The lower Dachigam covers one third of the total area and can be accessed by anyone as it is accessible easily, but the larger upper Dachigam can be reached with a days trek.
Dachigam National Park is known mostly as the home of the Hangul also known as the Kashmir Stag. As Kashmir Stag is an endangered species there is strict rule to protect them. The park is open throughout the year but the best time to visit here is during the September and October and also accommodation by the Forest department is also available in the park which can be pre-booked at the Chief Wildlife Warden office in the Tourist Reception Centre, Srinagar.

The types of animals that are seen in the park are:

*The well known Hangul also known as the Kashmir Stag 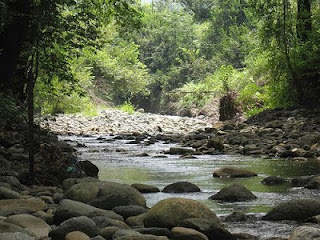 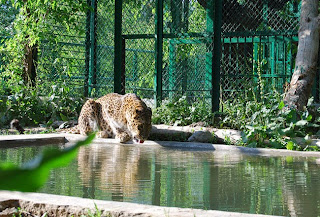 *Orange bullfinch, and several other types of birds are seen in the park Click Here to see the full list.

Get Here & Stay Here
To Get here there is a road journey of about 22 kilometers from Srinagar, where there is a Railway Station, Airport and a good network of roadways which is connected to many parts of the state and the country. To stay here there is an accommodation option at the national park and there are several other accommodation facilities available in the Srinagar town which might suit you.