May 27, 2015
Attractions In Srinagar
Srinagar one of the best Indian cities with its ancient cultures and great legends make it a best place to visit at least once in your lifetime. Before you go, plan your visit carefully, make a list of places where you want to go, what you have to pack and double check each and every thing. Traditional Srinagar offers many places for you to see, you might actually miss some place. This is where we come in, we have a list of places that you should not miss while you travel to Srinagar. See More About Srinagar. You have a big list and here they are:

The second largest lake in Jammu & Kashmir. the Dal Lake is one of the magnificent lake in Srinagar, which supports Tourism, agriculture and fishing. It is named as the 'Srinagar's Jewel' as it supports tourism very much. Dal lake is almost 10 kilometers from the Srinagar town.
(See More)

Twenty seven kilometers from Srinagar and 40 kilometers from Dal lake lays another fresh water lake with an area of 33 square kilometers. Manasbal Lake is situated in Ganderbal District which is at Jammu and Kashmir. The name of the lake is derived from the name Manasarovar. (See More)

On the northeast shore of the Dal lake, one of the oldest Mughal Garden exists. It was a tribute to Nur Jahan, wife of  Mughal Ruler Jahangir and was built in the year 1619. The name of the garden means 'Aode Of Love'. Shalimar Bagh now serves as a public park and garden.
(See More) 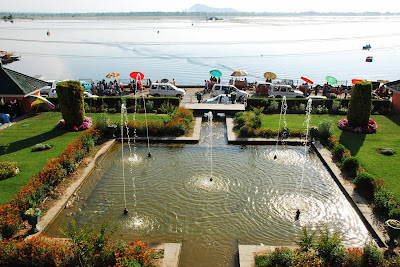 On the eastern shore of the Dal lake a larger Garden than the Shalimar Bagh exists, the Nishat Bagh is a 46 acer Mughal garden. The garden is made out from a hill and thus it has 12 terraced levels. The garden is 15 kilometers from the town. This gardens name means ' The Garden Of Joy'. Nishat Bagh was designed by the brother of Nur Jehan, Asif Khan, in the year 1633.
(See More) 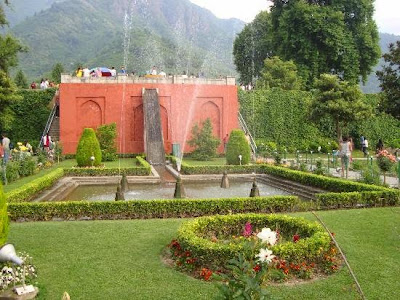 Chashme Shahi also known as the 'Royal Spring' is an other important Mughal Garden which is built around a spring. It was originally built by Mughal emperor Shah Jahan in the year 1632. The garden is very beautiful as it offers a pleasant view of the Dal lake in the front and in the back the Zabarwan Range adds on to the beauty of the Garden. Chashme Shahi has only an area of 1 acer  making it the smallest Mughal Garden in the city.
(See More) 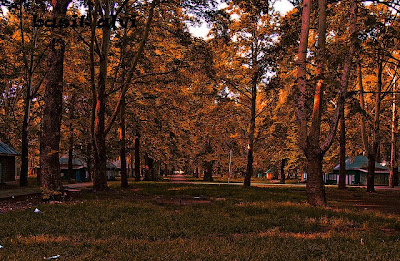 The oldest Mughal Garden in the town, Naseem Bagh situated at the western shore of the Dal lake.The garden was Built by the emperor Akbar in the year 1586 making it the oldest. Unlike other Mughal gardens camping facility is allowed in the premises of the Naseem Bagh. Entry to the garden is free of cost.
These gardens are near to Srinagar town making it easy for travelers to see all the gardens.
(See More)

Indira Gandhi Memorial Tulip Garden which was opened in 2007 is the largest tulip Garden in Asia. It has over 70 species of Tulips plants and over two million of total Tulip plants. The 29 acer garden which makes it the largest Tulip garden in Asia shows its magnificence during the months of March & April as the Tulip flowers are bloomed everywhere. (See More) 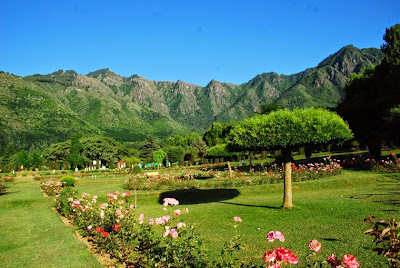 The Garden is at Srinagar, in the State of Jammu & Kashmir, which has an area of 70 hectares. The other aim behind developing the park was to conserve the city's natural habitat and to beautify the city. The garden is known to have about 1.5 lakh pant species. It also have many types of Oak trees and many endemic kashmiri pants. Visitors can go for a boat ride in the lake and can spent some time and rest in the garden.
(See More)

Gulab Bhavan was a royal residence of the kings of Dogra Dynasty in Jammu & Kashmir which was built by Maharaja Pratap Singh in the year 1910. It was built in the eastern part of the city and had a view of the Dal lake. (See More) 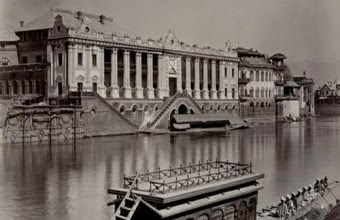 The Sher Garhi Palace is just a 3 kilometer from the town. Sher Garhi Palace was too the residence of the Maharajas of the Dogra Dynasty in Jammu & Kashmir. The Sher Garhi Palace and its compound rests in the left shore of the Jhelum River.  The name of the fort means 'Fortress of Tiger'. It was a large complex and was constructed as to be a fortress in the year 1772 by Jawansher Khan who was the Afghan governor.
(See More)

Zabarwan Range is the sub-range of the Zanskar mountain ranges. It is a 32 kilometer long range and forms as the central part of the Kashmir valley. Mahadev Peak marks its highest point with an elevation of  3,966 meters. (See More)

Pari Mahal is an example of a seven layer garden and a fort at the top of Zabarwan mountains and has a clear view of Srinagar and the Dal lake. The architecture clearly points out the Islamic style architecture and art. Prince Dara Shikoh who was the son of Shah Jahan is the man behind this brilliant idea of the creation of the garden. (See More) 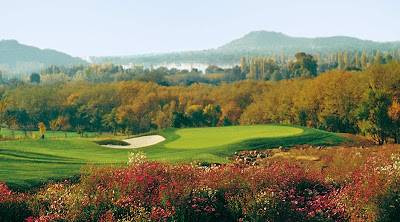 A fort which actually started construction in 1590 and completed only in 1808, a Temple which is dedicated to Goddess Jagadamba Sharika Bhagawati and several other structures wholly is known as the Hari Parbat. It is known as the Sharika Peeth among the Hindus. (See More) 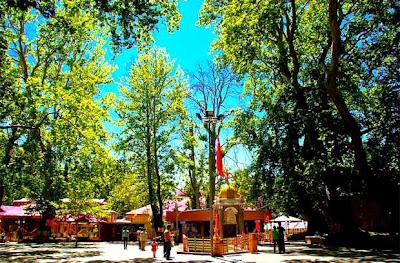 Dedicated to the Goddess Kheer Bhawani or Bhawani the temple was constructed in the year 1912 by the ruler Maharana Pratap Singh. The atmosphere of the temple is calm and quiet making it a nice spot to rest as well as a place to pray. Due to this atmosphere not only pilgrims but also tourists visit the area.
(See More) 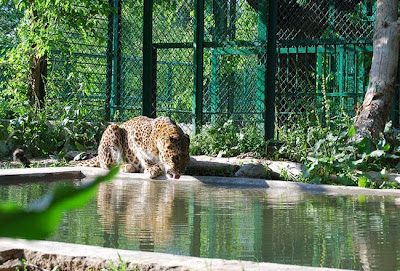 18. Nigeen Lake (Some people say it's a separate lake but Nigeen lake and Dal lake is a part of Dal lake)

Nagin Lake which is a part of the Dal lake is sometimes referred to a separate lake.
(See More)

See More About Srinagar.
Know more about the place? Help us improve the article. Contact Us.

To get the latest news and information on Srinagar, visit the Official Website of Srinagar, check tourism details on Jktourism Website.