Amarnath Temple is a shire in the Anantnag district in Jammu & Kashmir. Amarnath cave is a sacred place for Hindus, as it is a shire which is dedicated to lord Shiva. It is one of the highest temples 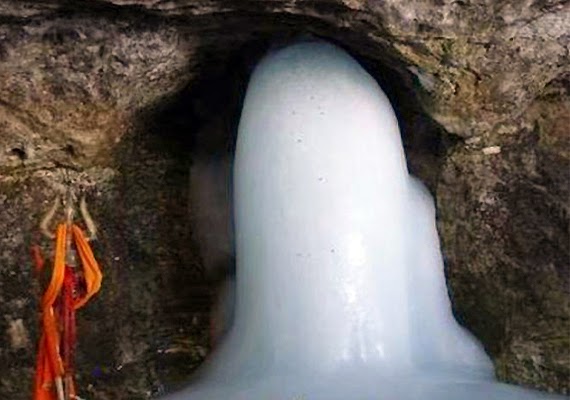 situated in the world, at an altitude of 3,888 meter it is quite an amazing experience to be here in the temple. There is a 141 kilometer journey from the temple to Srinagar and can be reached through the town of Pahalgam. Snowy mountains and snow itself covers the cave almost all the year and has a small period of summer. In this short period pilgrims rush to the cave like ants for sugar. A lot of pilgrims visit the area during the summer. The weather condetions of the region are very extreme and unpredictable.
The cave which is 40 meter high has an ice stalagmite which is believed to be Shiva Linga. Water drops from the cave to the cave floor, but due to the low temperature the water freezes and becomes ice. The ice thus formed is known as the ice stalagmite which is believed to be Shiva Linga. The pilgrimage to these caves are done so as to worship the Shiva Linga also known as the ice stalagmite. 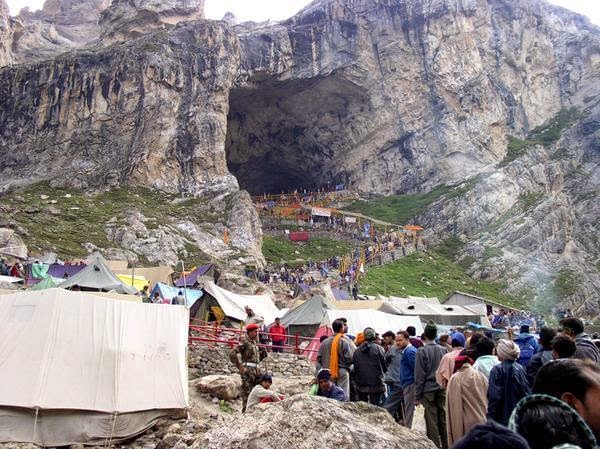 The pilgrims undertake a journey to worship their god, this pilgrimage undertaken to Amarnath is known as the Amarnath Yatra. The nearest town to Amarnath with airport and rail facility is Srinagar which is about a 110 kilometer.

Amarnath Yatra: It is during the 45 day season people undertake the journey to the holy shire to see their god Shiva. The beginning of the Amarnath Yatra is marked by the 'pratham pujan' , which is done to invoke the blessings of Lord Shiva and is concluded with the festival of Shravani Mela.  People travelling on foot starts their journey from Srinagar or from Pahalgam. While if you insist travelling on road, the State Road Transport Corporation, public transport corporation and several taxis provide transportation facility from Jammu to Pahalgam and Baltal. On the route to Amarnath Caves you can see people offering free food and accommodations to pilgrims who have undertaken their journey to Amarnath. There are also helicopter services provided by private firms and tents made by locals which can be rented for one night. There are good arrangements for accomodaton done near the holy shrine like the tented accommodation. Amarnath Yatra registration is done usually by Tourist Offices as no pilgrim is allowed inside the territory of the holy shrine without registration with the Yatra board first. Registrations & bookings for Amanath Yatra have to be done with the J&K Govt and can be done from several of the centers like Mumbai, Calcutta, Delhi, Chennai, Ahmedabad, Hyderabad, Jammu and Srinagar. Search Amarnath on Wikipedia. 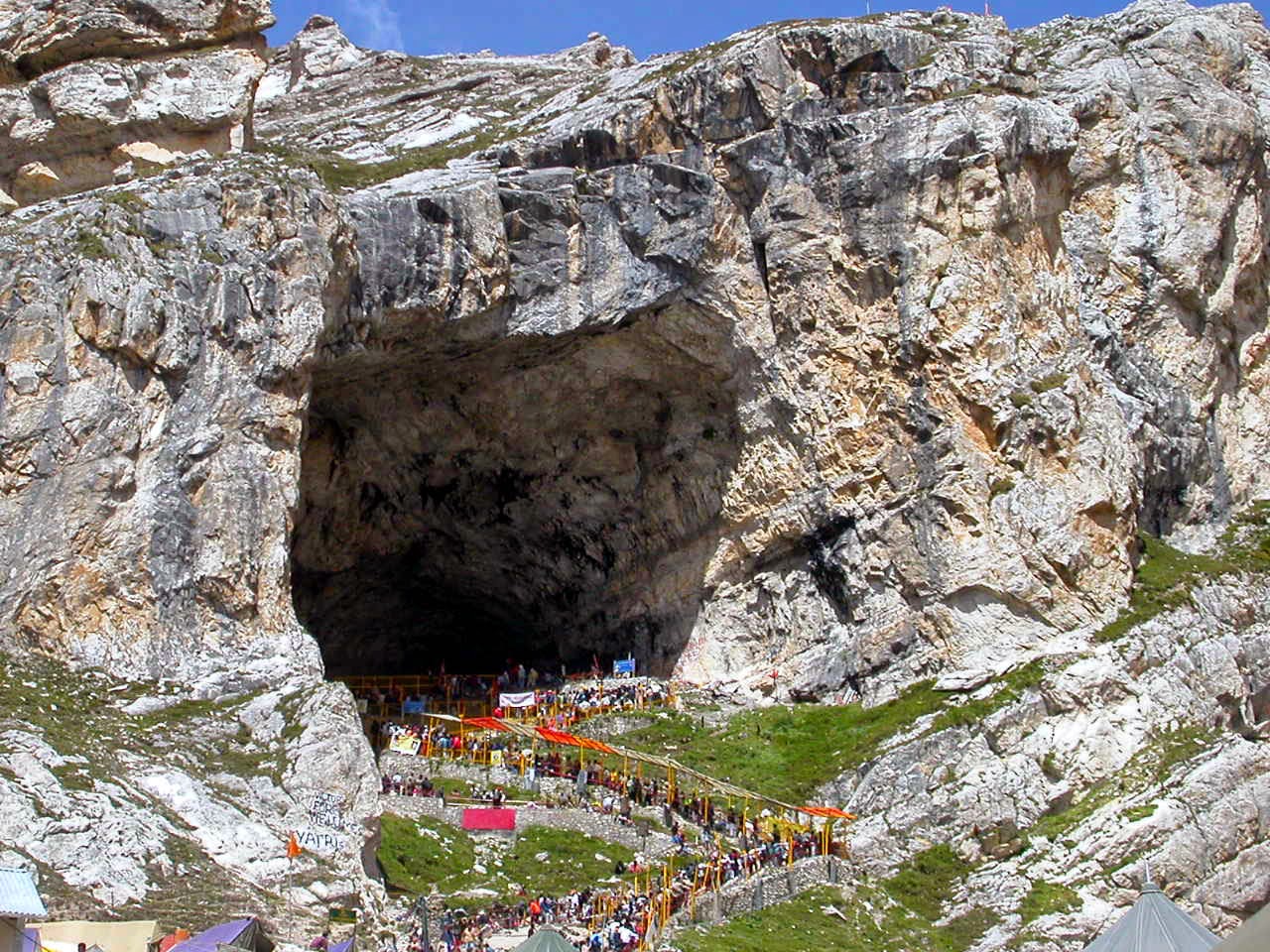