One of the earthly heavens in the world is situated right at the top of India. Leh is an Indian district which has a varying altitudes between 2,300 to 5,000 meters.The olden Leh was the capital of ancient Himalayan Kingdom of Ladakh. Leh has over 45,100 sqkms of area which makes it the second largest district in India. Leh is an important location as it connects National Highway 1D from Srinagar to Manali.
The whole district is mountainous as Leh is jointly made up with the parallel ranges of Himalayas, 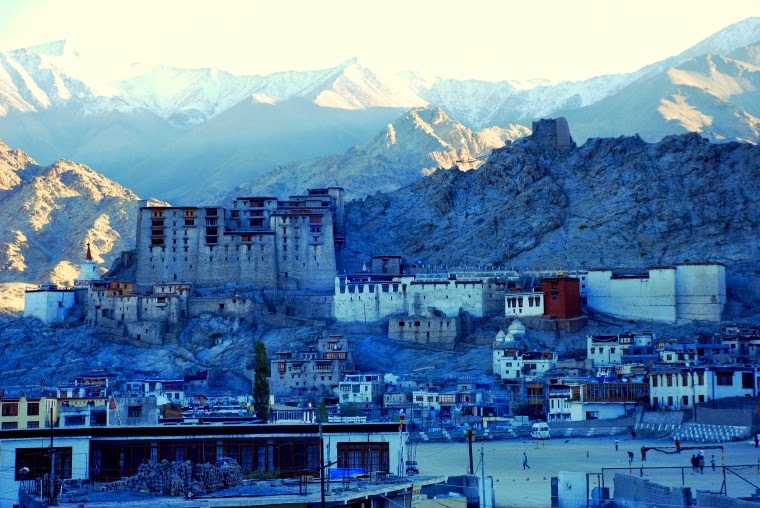 Zanskar and the Karakoram. Most of the population of Leh is concentrated on the valleys of the rivers Indus, Shayok and Zanskar.
Historically Leh played an important role as a stopover in the trade route between Kashmir and Tibet, also made trade possible between China and India for over a period of centuries. Royal Palace of Leh which is now known as the Leh Palace was built by King Sengge Namgyal. 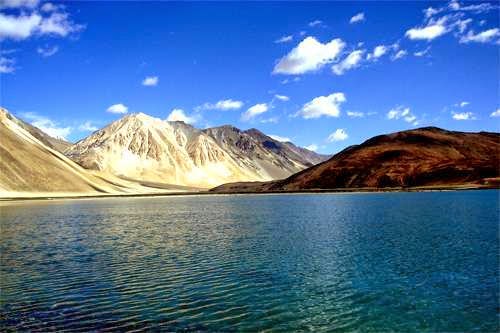 Buddhists and Muslims have been living in leh in harmony since the 8th century. Along with these two communities many other religions like Hindus, sikhs, and christians live in harmony. Sindhu Darshan Festival is held every year so as to promote religious harmony.

Get Here
Road Distances : 416 Kms from Srinagar. [See Map]
: 475 Kms from Manali. [See Map]
: 1,261 Kms from Delhi [See Map]
: 2,656 Kms from Mumbai [See Map]
The roads and passes at Leh are closed at most of the times due to heavy snow fall. But from march to october/november these usually remains open. The Jammu & Kashmir State Road Transport Corporation (JKSRTC) currently operates bus services between Srinagar and Leh, which includes a night at Kargil.
By Air : Leh Kushok Bakula Rimpochee Airport is an airport situated at Leh district.
It has flights operating to Delhi everyday, and flights to Srinagar on a weekly basis.
It also has flights operating to Jammu twice a week.
By Rail : There are no current railway system across Leh. 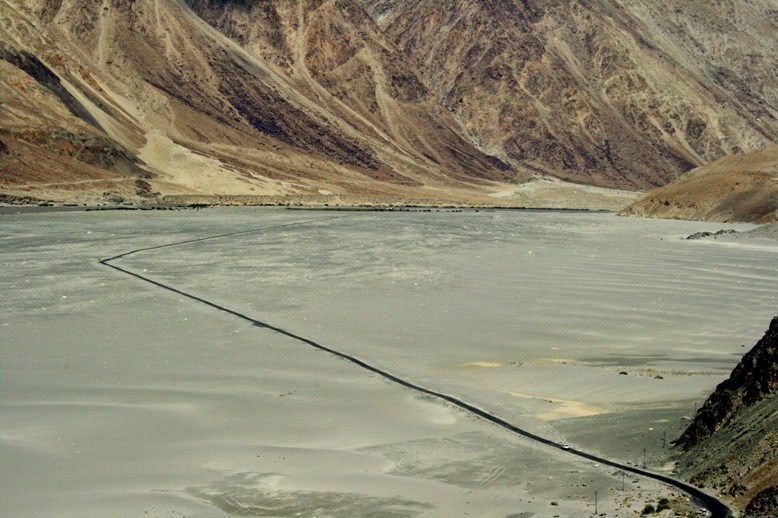